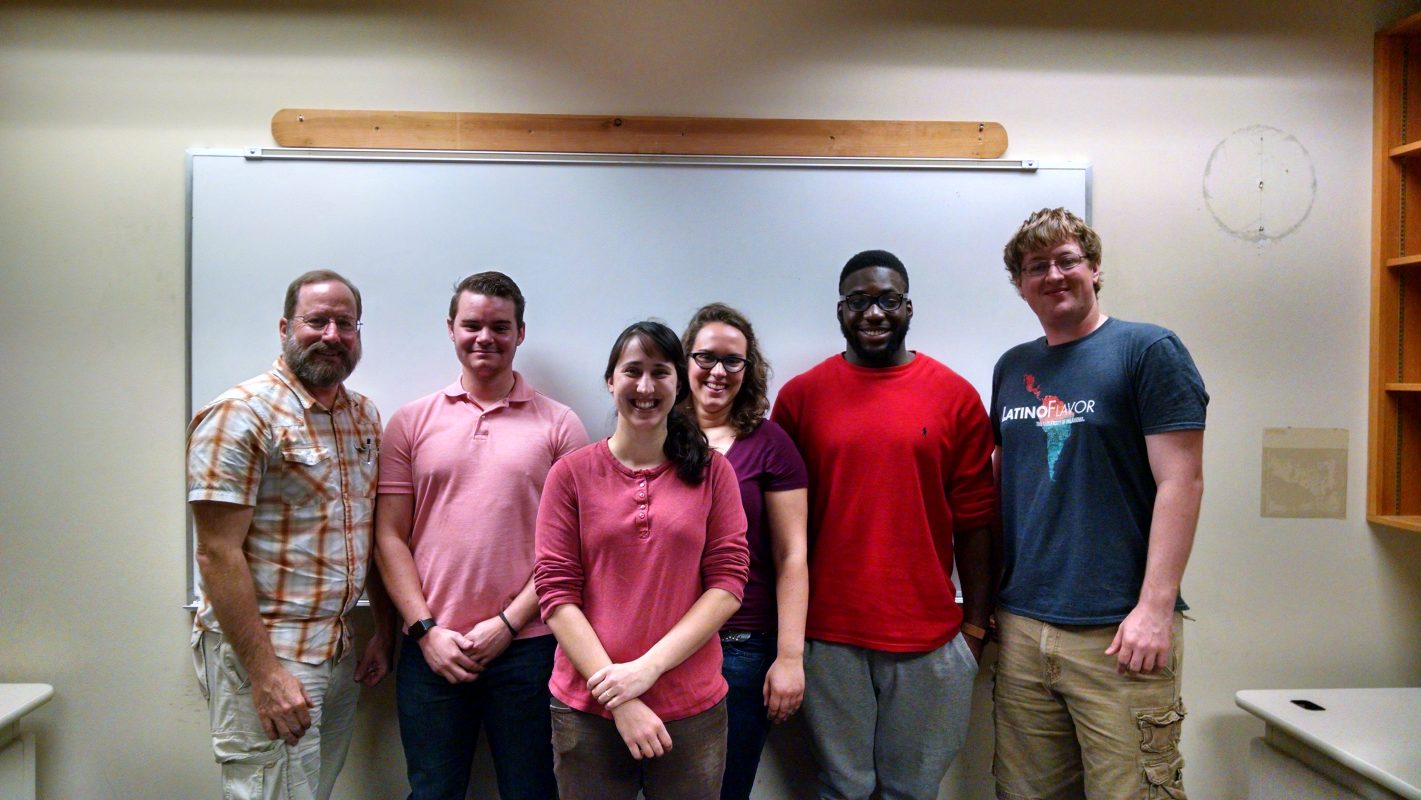 2010-13   Dr. Philip Morton, U. of Oklahoma Biological Station (currently at the University of Oklahoma School of Denistry)

1995       Dr. France Dufresne, Dept. of Zoology, U. of Guelph, Ontario, Canada. (currently an Associate Professor, Dept. of Biology, U. of Quebec at Rimouski) 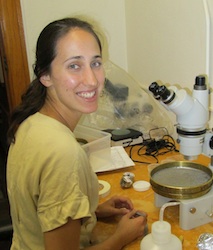 Dr. Hartnett’s work has focused on how population dynamics influence community properties using Daphnia as a model organism.  She has been interested in potential mechanisms of size-distribution variation along an increasing experimental scale of size and ecological complexity (from life-history to mesocosm experiments).  From this work, she has focused on two main arms: 1) mechanisms and patterns of size distributions, and 2) the role of species evenness in community theory and application.  Rachel successfully defended her Ph.D. dissertation in November 2017, and was awarded her doctorate in December 2017.   She is currently finishing up the 3rd year of her Diversity Postdoctoral Fellowship in the College of Arts & Sciences (CAS) at Oklahoma State University.  She will be joining the faculty of Mount St. Mary’s University (Emmetsburg, MD) in August 2021 as a tenure-track Assistant Professor of Biology.  Please visit her website http://www.rnhartnett.net for more information. 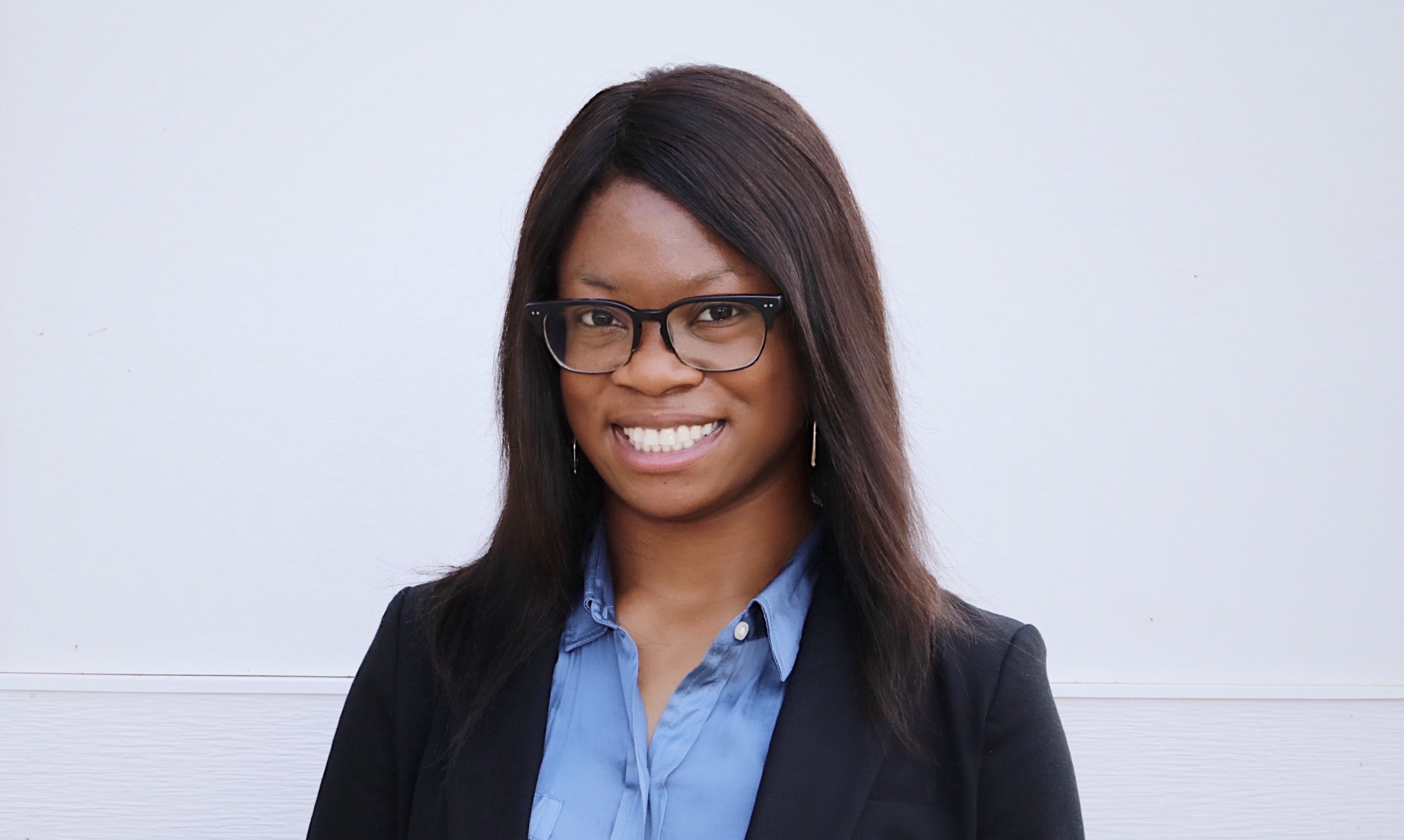 Ekene joined the lab in fall 2018. Her Honors Research project focused on F1 hybrid clones of Daphnia pulicaria that are the products of crossing a “modern” (i.e., decade-old “dam”) clone with an “ancient” (i.e., centuries-old “sire”) clone from South Center (SC) Lake in Minnesota. She examined physiological and life-history characteristics of this “clonal triad” when exposed to both high-quality (high P) and low-quality (low P) food, and varying food concentrations. Ekene successfully defended her Honors Thesis in December 2019, and presented her findings at the Annual OU Undergraduate Research Day in spring 2020.  (Ekene started medical school at NYU in August 2020.) 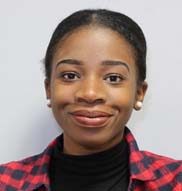 Juliet joined the lab in August 2019 to begin an Independent Study project. Using a “resurrection ecology” approach, she examined genetic (clonal) differences in pH tolerance in a Daphnia pulicaria population from South Center (SC) Lake (MN) that has undergone rapid environmental changes over the past century or more.  (Juliet is slated to graduate from OU in December 2020.) 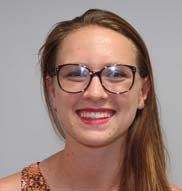 Amber conducted an independent study research project, which utilized parental and F1 hybrid clones of Daphnia pulicaria  (i.e., “modern” decade-old “dam” clone crossed with an “ancient” centuries-old “sire” clone) from South Center (SC) Lake in Minnesota.  She examined the effects of synthetic estrogen (EE2), a common pollutant in aquatic systems world-wide, on life-histories of these clones in 21-day growth/life-table experiments.  (Amber started at the OU College of Pharmacy in August 2020.)

Brandon joined the lab in fall 2018, and he conducted Independent Study, in collaboration with Matt Wersebe.   He  examined salinity tolerance differences among Daphnia pulicaria clones isolated from Minnesota lakes. (Currently, Brandon has applied for the Environmental Law program – U. of Texas at San Antonio.)

Ritu joined our lab in fall 2017.  Her Honors Research project focused on the interactions between food quality and predator kairomones on the life-history features of Daphnia pulex, D. pulicaria, and an experimentally-created hybrid clone between these two parental species.   She defended her Honors Research Thesis in December 2018, and presented her results at the Annual OU Undergraduate Research Day in Spring 2019.  (Ritu is currently a 5th-year senior as a double-major in Microbiology and Psychology here at OU.  She is slated to graduate in May 2021 with the intent to enter medical school after graduation.)

Ronak’s research project involved the study of the artificial sweetener sucralose, and its potential impact on physiological and metabolic aspects of Daphnia. Sucralose is one of the main ingredients found in the artificial sweetener, Splenda, which is found in a wide variety of low-calorie beverages.  Given that sucralose is quite “metabolically stable”, much of it ends up into aquatic ecosystems via waste-water run-off.  Its role as a man-made eco-toxicant remains to be fully examined. One of the major assays that Ronak  performed involved testing the effects of sucralose on the heart rate of various clones of Daphnia, including both modern-day clones, as well as “ancient” (centuries-old) clones to determine if modern Daphnia clones have adapted to this artificial sweetener.  Here is a video clip of a Daphnia pulicaria female (carrying eggs/embryos) that has been exposed to sucralose.  You can see the beating heart just above the brood chamber, which contains developing embryos.  (Ronak graduated from OU in May 2018.  He began dental school at the UT Health San Antonio School of Dentistry in fall 2019.)

Jake joined our lab in fall 2017.  He completed his independent study project in spring 2018, which was a comparative study on the “nutritional ecology” of several different algal food types and their impact on growth and reproduction among several species of Daphnia, including D. pulicaria, and D. mendotae.  Jake graduated from OU in May 2019.

2016-17   Michael Onwuchuruba (B.S., National Merit Scholar, U. of Oklahoma).  Michael graduated from OU in May 2018 and is applying to medical/DO schools.

2015-16   Hayley Severson (B.S., U. of Oklahoma, National Merit Scholar, UROP award winner) (Hayley completed her Masters of Public Health, U. of Wisconsin-Madison, and began medical school at UWM in fall 2017).

Weston’s research project involved the study of the aquatic crustacean (brine shrimp) Artemia franciscana, a prominent model organism. With the aid of international colleagues, he obtained A. franciscana populations from several different countries. His project aimed to determine the optimal hatching cues for these populations. Additionally, he engineered a novel hatchery system that could be applied to an array of aquatic organisms.  The results of his independent study research were recently published in the journal Hydrobiologia.  In August 2018, Weston started medical school at Oklahoma State University (OSU)-Tulsa.